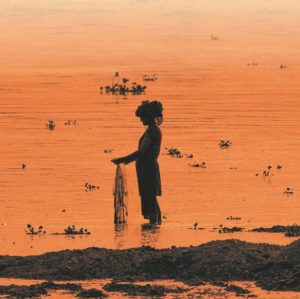 One worker in two in the seafood industry is a woman.

Worldwide, the seafood industry – all activities included – gives work to 120 million people, half of which are women. They account for more than 15% of all those directly engaged in the fisheries primary sector, with the percentage exceeding 20% in inland water fisheries.

These figures probably do not include women occupied in the job of cleaning molluscs, crustaceans, small fish and algae in the intertidal zones, shallow waters and reefs for subsistence purposes. Their numbers, activities and fishing activities remain largely ignored.

The perception of the seafood industry being “a male dominated industry” is cultural. Female workers are over-represented in the lowest paid and lowest valued positions; very few hold leadership roles.

In addition, the onus on women to ensure a harmonious workfamily balance and the existence of inflexible work practices are said to be among the top barriers in achieving gender equality at work. In many companies, maternity is still seen as a problem that supposedly results in economic losses for companies. This viewpoint on pregnancy and motherhood (re)produces the mechanics of discrimination which end up penalising women.

The non-gender inclusive character of this industry is often reinforced by the descriptions of an old-fashioned and maledominated milieu. This masculine environment adds difficulties for women, who are expected to perform according to rules originally made by men for men.

Gender-based discriminations, unfavourable work conditions for women, deep-seated prejudices, unequal access to opportunities and lower chances of being appointed to executive positions have been described in the abundant literature on the subject over the past two decades. Little has changed over the years.

Some countries, though, and even some companies, have worked to offer a better balanced environment – such as in the Scandinavian region, where seafood professionals have the strongest perception of equality and gender fairness.
While issues such as resource depletion, illegal fishing, sanitary security, and climate crisis and its impact on the marine environment may receive more attention for corrective action, recognising and understanding the role that women play along the value chain – and offering them the same chance as men – do contribute to transform the economic, environmental and social dimensions of this industry. How can managers dream of entering into a modern, progressive and efficient business when they overlook 50% of its workers and the part they play?

Stakeholders – such as public authorities, professional organisations and private companies – need to put in a higher degree of commitment to champion gender equality in the industry. NGOs such as Women in Seafood (WSI) are established to support all these players in their efforts.

It begins with raising the awareness and the consciousness of stakeholders so that they understand what is at stake. Unfortunately, to a majority of men, gender inequality in this business does not exist; or if it had existed, they believe that the problems have largely been solved. By contrast, for the majority of women, the problems remain – and are still fundamentally not recognised.

Men need to join the conversation. What is specific to the industry is that those who have the power to make changes and improve the situation of workers are ignorant of the specificities of the population which will be impacted by their decisions. Public officers, fisheries policymakers and managers, and private companies managers – mostly men – might not have the full knowledge and understanding of their environment, and might make decisions that are, at best, gender blind; at worst, barring women, whether intentionally or not.

In large segments of the processing industry, women represent a cheap source of labour. Raising their wages – that is, offering equal pay – would impact business competitiveness; but giving voice to women communities, trade unions, professional organisations and consumers would help to curb unethical businesses.

Of late, WSI has observed a new discourse in the seafood community: very women-friendly declarations by company leaders, fisheries ministers and other prominent actors. There are new documents accrediting commitments in this regard; and increasing visual representations of women in public or private documents. Consultants are working at building metrics and offering tools for companies to measure their performance in gender equality matters.

While these efforts are laudable, the motivations behind them vary widely, affecting their real impact – recognition of women does not translate to acknowledgement of gender-based inequalities.

The industry is still very traditional and resistant to change, but there is evidence that when leaders – be they from the public or private spheres – are open to embracing gender equality issues, it is a boon to business, rather than bane. The existence of these champions proves to the rest of the industry that things could be organised differently, with higher social and economic benefits. Ultimately, encouraging and facilitating the organisation of serious and productive gender equality conversations can turn seafood into a more progressive and ethical business.